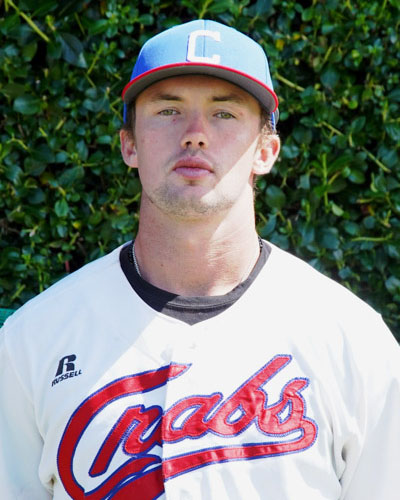 2022 (JUNIOR): Made his season debut in a road victory over UC Davis on February 22 throwing one scoreless inning against the Aggies.

2021 (SOPHOMORE): Appeared in two games for the Dons in relief throwing 1 2/3 innings pitched…Made his season debut in a home loss to Stanford on March 7.

**2020 (FRESHMAN): Made three appearances in relief during his first season of college baseball … Made his collegiate career debut on March 4 versus Mount St. Mary’s, throwing a perfect ninth inning with his first career strikeout to end it … Also threw a shutout inning versus California on March 7 with another strikeout … His longest outing of the year was also his last, throwing 1 2/3 innings versus Sacramento State, giving up the only runs (2) he would allow all year and recording another strikeout in the Dons’ 12-4 victory (March 10) … Finished the year with no decisions and a 4.91 ERA with three strikeouts in 3 2/3 innings pitched.

PRIOR TO COLLEGE: McConnell played his prep ball at Punahou High School in Honolulu, helping lead the Buffanblu to the 2019 Hawaii High School Athletic Association Division I state championship, the program’s first in nine years … He went 5-3 with two saves and 40 strikeouts as a senior in 2019, also helping Punahou High win its first Interscholastic League of Honolulu championship in 11 years … He threw a complete game in the first round of the 2019 HHSAA Division I Tournament, leading Punahou High to a 4-1 victory with five strikeouts and no walks, starting the Buffanblu’s march to the state title … Had at least five strikeouts on four occasions in his senior season, including a season-high nine at Iolani High School … Was named All-Hawaii Second Team by ScoringLive.