Crabs come from behind to defeat Fresno A’s 7-6 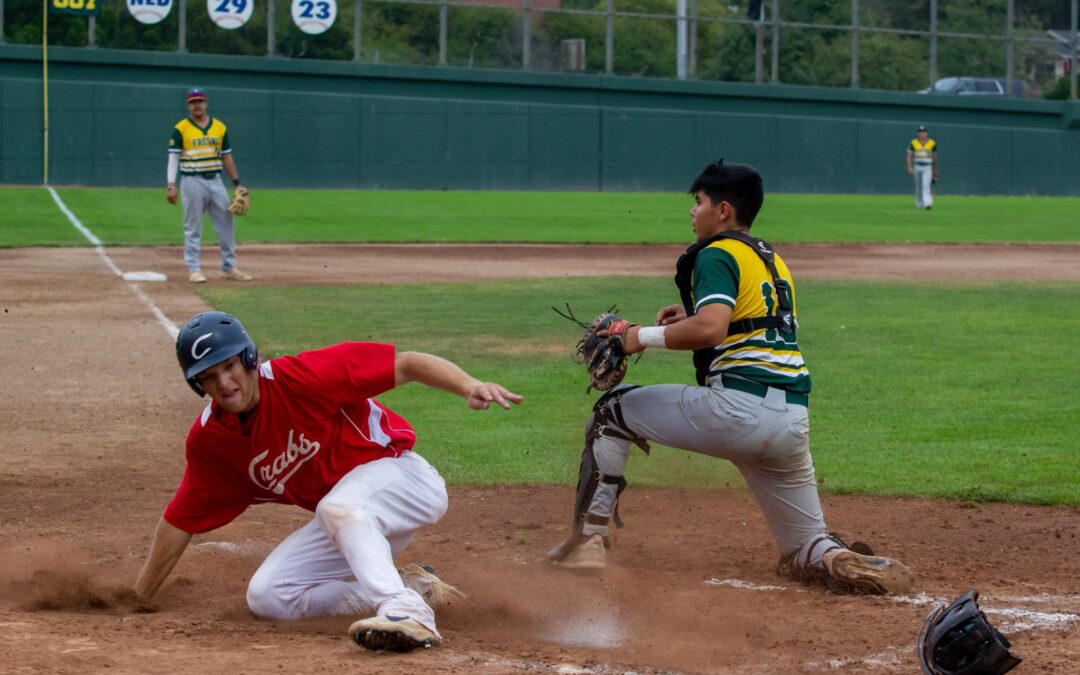 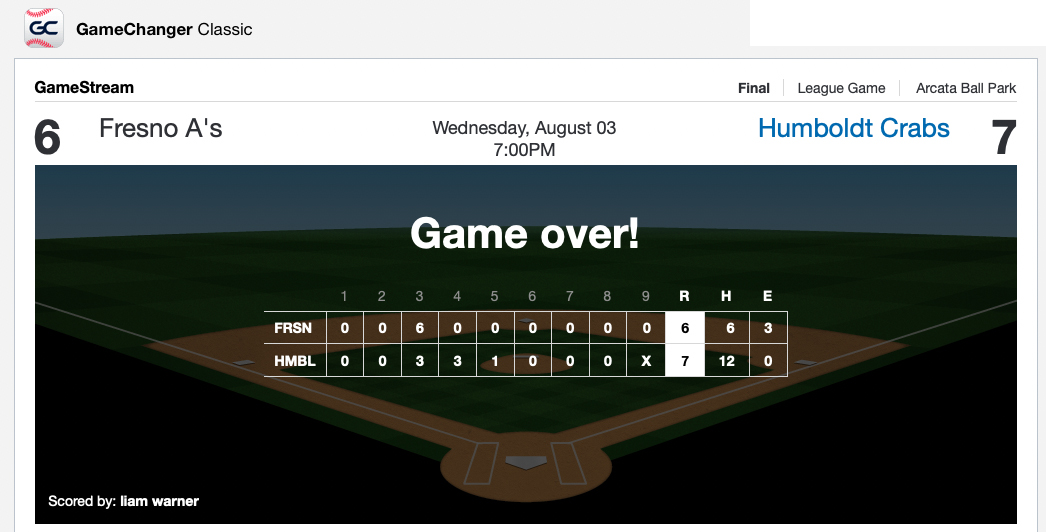 The base paths were crowded in this high-scoring game. Humboldt Crabs collected 12 hits and Fresno A’s had six.

In the bottom of the fourth inning, Humboldt Crabs tied things up at six when Jackson Giacone singled on a 1-2 count, scoring one run.

Humboldt Crabs pulled away for good with one run in the fifth inning. In the fifth Lane Oliphant singled on a 1-1 count, scoring one run.

Humboldt Crabs tallied three runs in the fourth inning. The rally was led by a triple by Colby Lunsford and a single by Giacone. 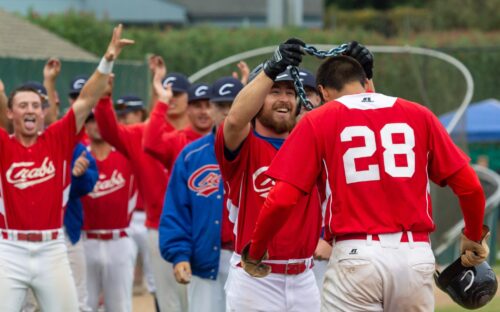 Drew Woody pitched Humboldt Crabs to victory. The hurler lasted five innings, allowing five hits and six runs while striking out five. Ethan Brodsky and Cameron Saso entered the game out of the bullpen and helped to close out the game in relief. Saso recorded the last three outs to earn the save for Humboldt Crabs.

Brody Sorenson took the loss for Fresno A’s. The bulldog allowed seven hits and six runs over three and a third innings, striking out two.

Francis went 2-for-4 at the plate to lead Fresno A’s in hits.

The 2022 Humboldt Crabs will play their last weekend series against the Sacramento Yankees. Friday’s game starts at 7pm, Saturday’s game (Mustache Night) at 6:30pm and the final game of the 2022 campaign will be on Sunday, Aug. 7 (Fan Appreciation Day) at 12:30ppm. Gates open one hour prior to the game time. Tickets available on www.humboldtcrabs.com/tickets and at Wildberries Marketplace in Arcata.

“Powered by Narrative Science and GameChanger Media. Copyright 2022. All rights