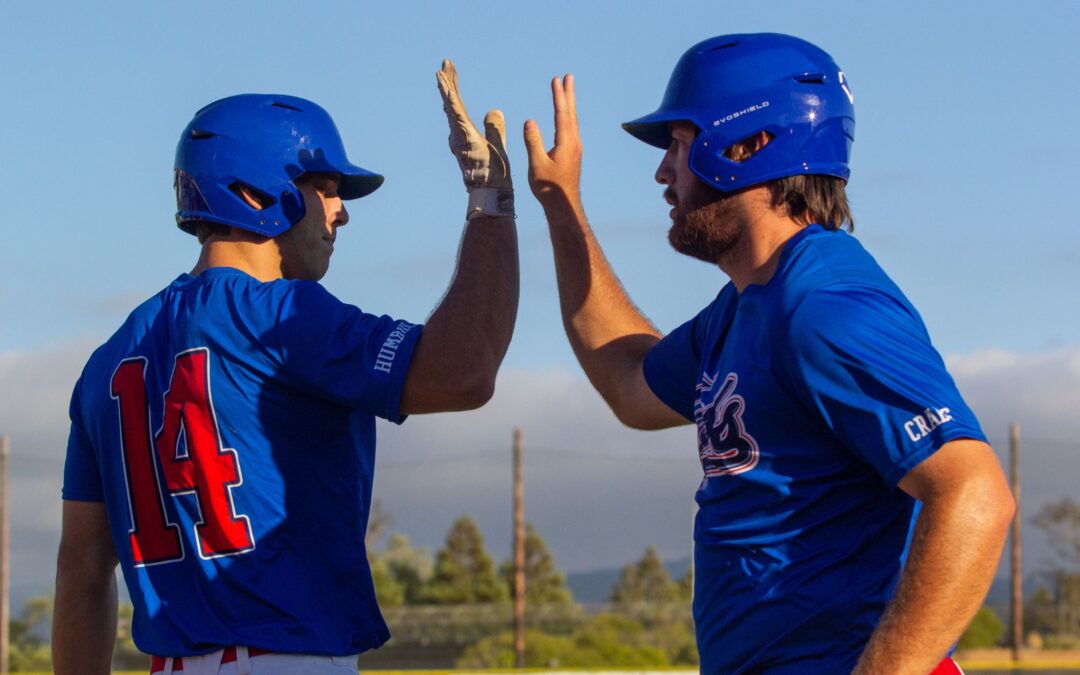 Recap from the GameChanger App

Humboldt Crabs took Friday’s game in dramatic fashion, with a 4-3 walk-off victory over West Coast Kings in extra innings. The Crabs are now 20-9 on the season. 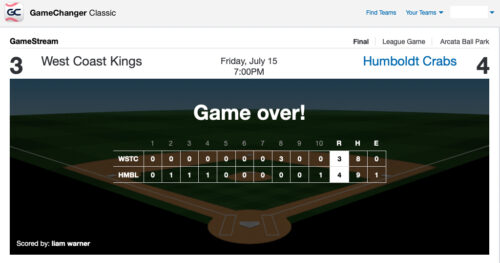 The game was tied at three with Humboldt Crabs batting in the bottom of the tenth when Cary Arbolida singled on a 2-0 count, scoring one run. Arbolida is batting .303 with a slugging percentage of .472.

West Coast Kings scored three runs in the eighth inning, but Humboldt Crabs still managed to pull out the victory.  Kirk Woolf and Luke Rossi each had RBIs in the frame.

In the top of the eighth inning, West Coast Kings tied things up at three when Rossi singled on a 1-2 count, scoring two runs.

Cade Cushing took the loss for West Coast Kings. The bulldog lasted two-thirds of an inning, allowing one hit and zero runs while striking out two and walking zero.

Humboldt Crabs smacked one home run on the day. Colby Lunsford had a homer in the third inning. Lunsford had 3 hits in the game.