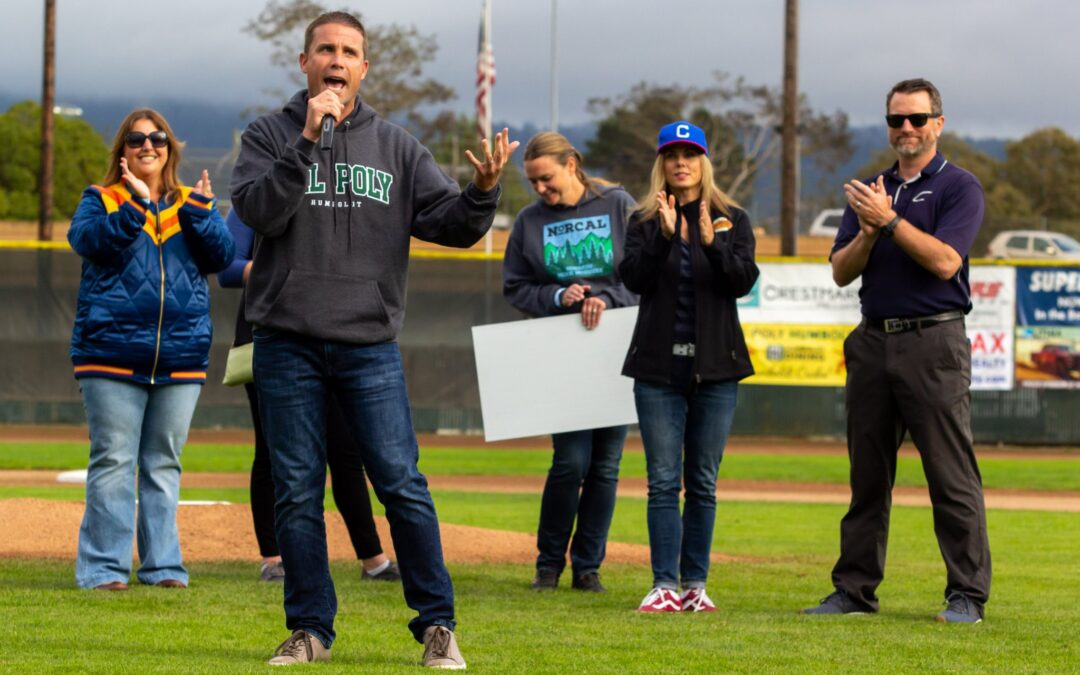 The Crabs take a 5-2 victory over the Solano Mudcats on Wednesday night at the Arcata Ballpark. Marcelo Saldana was the winning pitcher for the Crabs. Saldana allowed one hit and zero runs over six innings, striking out three and walking one. Nick Perryman, Drew Woody and Matthew McConnell all put work in relief out of the bullpen helping seal the W for the Crabbies. Perryman recorded the last three out to earn the save. The Crabs racked up seven hits and Javier Felix and Tyler Davis each collected two hits to lead Humboldt. On Monday, the Crabs beat the Mudcats by the score of 10-5. Tuesday’s game was rained out.

Before the first pitch on Wednesday night, State Senator Mike McGuire announced a $1 million major renovation investment in the Arcata Ballpark by the State of California. The secured $1 million dollar funding has been earmarked toward upgrades to the City’s park. The ball park is owned by the City of Arcata and rented by the Crabs from June to August every summer.

According to HumboldtSports.com, the funds will be used for a few different projects, including bringing the ballpark into compliance with the Americans with Disabilities Act. The upgrades will also include building a new entrance plaza to provide better access, and well as a new facade and removal of the old media booth. “The entrance, as it is, is a narrow stair case and our vision is to open up that area to allow more fans line up in front of the ball park,” Crabs Board President David Sharp said. Easing that congestion will also allow the Crabs to start selling game-day tickets at the ball park again.

The Crabs are now 15-8 on the season. The Crabs will welcome the Menlo Park Legends to the Arcata Ballpark on July 8-July 10. Friday’s game starts at 7 p.m. Saturday is a 6:30 contest, and Sunday’s series finale will be at 12:30 p.m. Ballpark gates open one hour prior to game time and tickets are not available at the front gates. Tickets can be purchased on this website and at Wildberries Marketplace in Arcata (close at 6pm).

For 78 consecutive years, the nonprofit Humboldt Crabs organization has been providing affordable baseball and family-friendly entertainment to the residents of the North Coast. The Crabs average 34,000 fans coming through the ball park’s front gates in the summertime. During some games, the attendance can reach more than 1,000 people. Baseball fans have a large economic impact in Humboldt County and future ball park upgrades will hopefully allow for a better fan and athlete experience, not only for the Crabs but for all the local teams that rent the community facility from the City of Arcata.

If Crabs fans or community would like to give input or if you would like to make a donation for future improvements to the City’s ball park, contact City Manager Karen Diemer at CityMgr@CityofArcata.org or the contact the Parks & Recreation Department who rents out the Arcata Ballpark at Rec@CityofArcata.org. Or you can make a DONATION to the Humboldt Crabs and designate your gift toward ball park improvements.