Crabs Rolling Along Heading Into Weekend 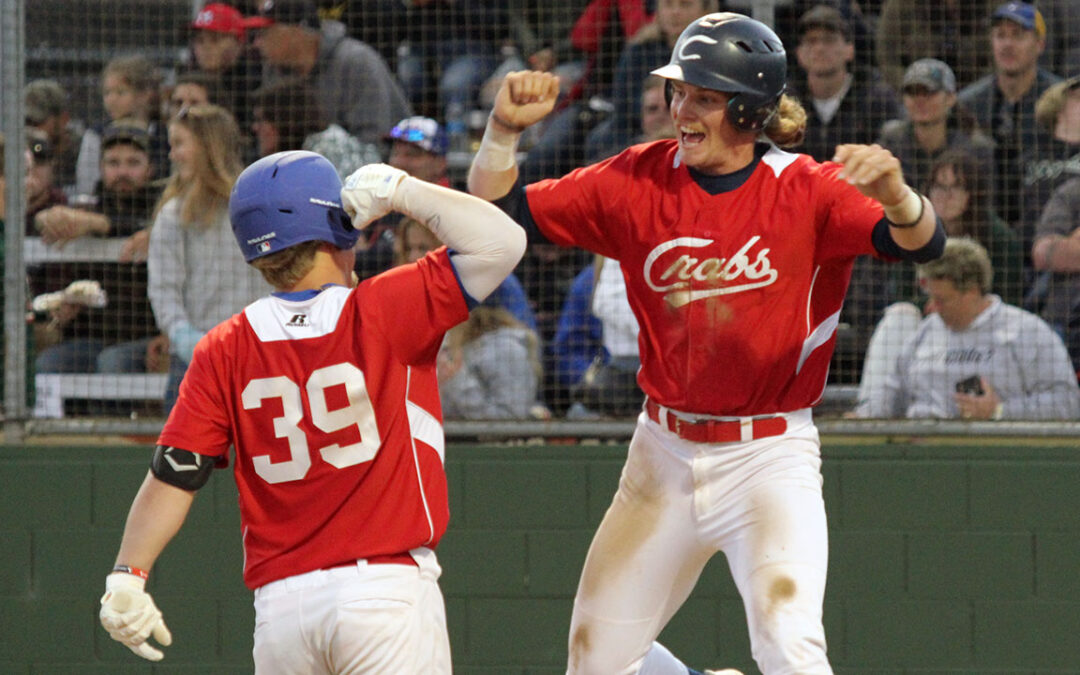 That season-opening loss seems so long ago now. After dropping that first game against the Lincoln Potters, the Humboldt Crabs have reeled off eight straight wins, including Thursday night’s opener of a four-game set against longtime rivals the Seattle Studs.

As we’ve noted, it’s been the pitching that has carried Humboldt so far. The staff  has a combined ERA of 1.79, with 117 strikeouts in 85 innings and a WHIP of almost exactly 1.0.

But the offense has been getting going the past few games as well, as they banged out 13 hits and 10 runs against the Studs on Thursday. And after no home runs through seven games, the Crabs have hit four now in the past two. Three of those came in the second inning Thursday night.

The Crabs have three more against the Studs this weekend, and then two against the Redding Tigers next week before heading off on their only road trip of the year. Check out the full schedule here.