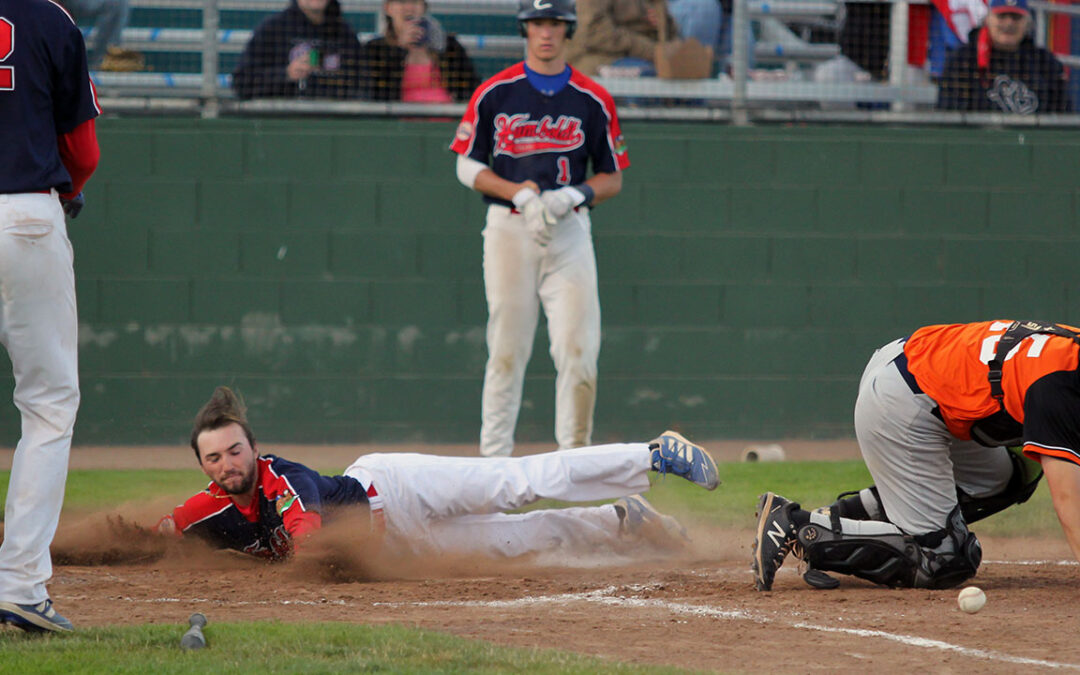 A three-run sixth inning was all the Crabs needed on Tuesday night against the Bay Area Force, as Manny Casillas and two relievers combined to throw a four-hit shutout in a 3-0 win, the Crabs’ third win in four games to start the season.

Casillas, who had made his crustacean debut in relief of Cole Tremain on Saturday, was given the starting assignment against the Force, and looked quite comfortable in that role, striking out 11 Force (Forces?) in his six innings. Cade Van Allen, who had started on Friday, threw the next two innings, and Chad Wilson finished it up with a 1-2-3 ninth to earn the save in his first appearance.

All the Crabs’ offense came in a brief spurt in the sixth, aided by some defensive miscues. Aidan Morris reached on an error, and scored one batter later on a triple to deep left center by Ethan Smith. Another error on the next play allowed Smith to come home to make it 2-0. And with two outs, Ethan Fischel doubled in Aaron Casillas for the third and final run of the inning, and of the night.

The Crabs take on the Force again Wednesday night at 7 p.m., then welcome in Seals Baseball for three games this weekend.