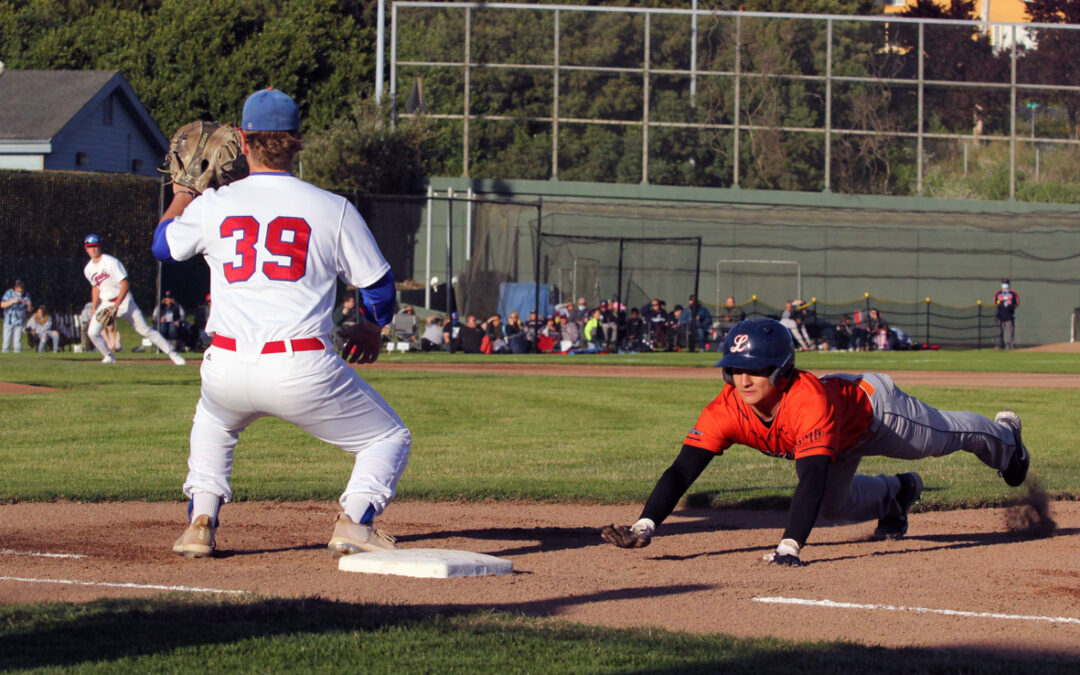 With the park “sold out” at about a third full and fans seated in socially distant pods, the Crabs took on the Lincoln Potters to open the 2021 season. Humboldt took an early lead, fell behind, tied it up at 5 in the seventh, before ultimately falling 9-5.

Cade Van Allen took the mound to start things off and pitched well, allowing one run in 4 1/3 innings, but the Potters got to the Crabs bullpen and took a 5-2 lead into the bottom of the seventh. Drake Digiorno – in the running for Crabs Name of the Year – sparked a three-run rally for the home team with a double to deep left center, but the potters re-took the lead in the eighth, and added three more in the ninth to put it away.

The two teams play the second of three games Saturday night, and wrap up Sunday at 12:30. Limited tickets are still available, but if you can’t get in, be sure to check out our new, enhanced live streams on YouTube!