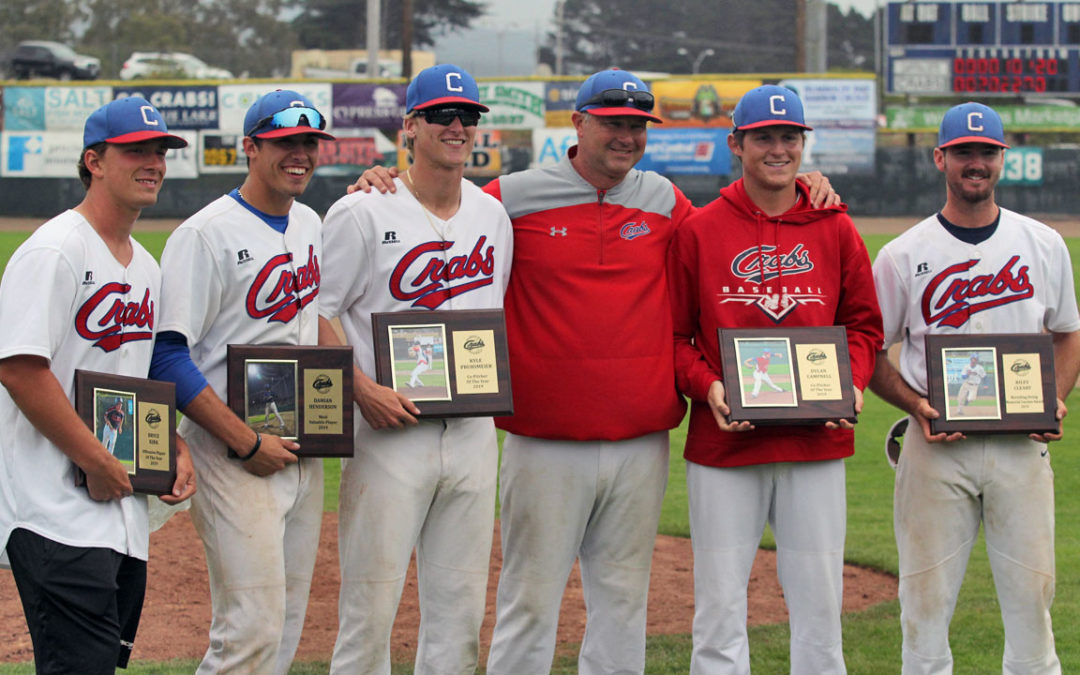 After the Crabs finished off the 2019 campaign with a 6-4 victory over the PUF Capitalists, the team gathered in the middle of the infield for one last salute to the fans, and of course, for the annual postseason awards.

Henderson made the choice for the Most Valuable Player an easy one – he led the team in just about every category. His 10 home runs, 18 doubles, 51 RBI and 49 runs all were team bests.

Kirk was a solid complement to Henderson in the lineup. His 42 games played tied Henderson for second most on the team, and was the only other player with an OPS of over 1.000.

Co-Pitcher of the Year: Dylan Campbell

Campbell, a hometown kid from McKinleyville, allowed just 8 earned runs over 42 innings for the Crabs, for a 1.71 ERA.

Co-Pitcher of the Year: Kyle Pruhsmeier

Pruhsmeier average more than a strikeout an inning, with 44 in 42 innings, while walking just 4. His 1.06 ERA was best on the team for pitchers with more 15 IP.

Cleary earned this special award, given to the player who proved to be a solid, hardworking teammate throughout the year. He didn’t play everyday, but made big contributions when he did, batting .301 in 27 games.